Children from our West Midlands and Dudley offices attended a fantastic martial arts taster session earlier in August courtesy of Alex Williams of Martial Arts Concept Group in Halesowen, where not only did they learn some impressive moves but they also absorbed a bit of the martial arts philosophy to guide them at home and at school too.

Our instructors for the day, Alex and Elaina began the session began with an interactive introduction to the MAC Academy's 'Black Belt Attitude': a child-friendly interpretation of the martial arts code of conduct and philosophy of respect, discipline, self-control, gratitude and commitment. The children all engaged really well with this part of the session and many of them seemed genuinely inspired by the idea of setting themselves goals and steadily working towards them with focus and discipline.

Once everybody was feeling inspired and motivated after our philosophical workout it was time for the physical stuff! The children split into two teams each led by children from our group who already attend the academy, and they took part in a range of martial-arts based games to get them warmed up! At every stage of the session, whether the children were involved in group games or working in pairs the focus was never on competition between the children but on working together to bring out the best in themselves and each other, a core value of the MAC Academy's 'Black Belt Attitude'.

After the warm-up games the session moved on to learning about technique. The instructors and some of the experienced children demonstrated the martial arts stance, and how to punch and kick with control before everyone paired off with pads and gloves to give it a go. All of the children took the training very seriously, trying really hard to perfect their technique and listening and watching attentively to the instructors' demonstrations, even the very youngest children in the group. In fact they were doing so well that Alex extended the session longer than planned so the children could carry on! 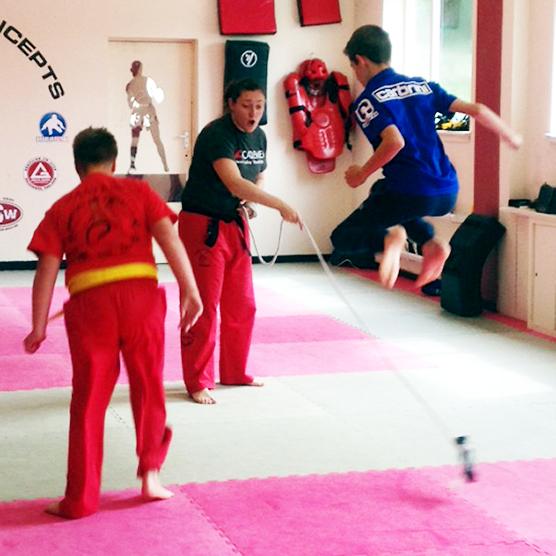 At the end of our session the instructors Alex gathered the children into a circle on the mat again as they had started and talked to them about what they had been doing, what they had learned and offered them the opportunity to ask any questions, before everyone sat down to enjoy a relaxing lunch together like one big family!

It was an enormously successful and positive session for the children who took part and the foster carers and families who came along to support them. Many of the children were keen to continue with martial arts lessons, an idea which the foster carers were very supportive of. It was a great opportunity for the adults in the group to witness first-hand how the values and philosophy which go hand-in-hand with learning the skills and techniques of martial arts could help the children they care for develop a positive and productive attitude towards many other aspects of their lives. All of course while having fun, forming friendships, getting rid of some of that excess energy - and working on our bowing (Mr Miyagi would be so proud!)