Prison Me No Way! Workshop a Real Eye-Opener 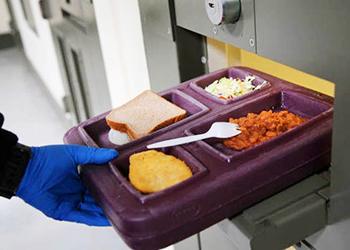 A group of Family Fostercare children experienced a very different kind of workshop last week, delivered by registered charity organisation Prison Me! No Way! Suffice to say, it was a bit of an eye-opener...

The workshop was attended by a small group of children aged 10 and above. Delivered by two ex-prison officers, the workshop gave a firsthand insight into the prison environment, and what it would be like to work or, more grimly, to live in prison.

Prison Me! No Way! is a national educational charity established by ex-prison officers in 1993, whose core aim is to raise awareness among young people about the causes, consequences and penalties of crime. The founders wanted to make an impact on the lives of children, turning them away from crime and sparing them the consequences, using highly innovative and impactful educational techniques. And when it comes to telling the truth and getting a tough message across constructively, PMNW! certainly takes no prisoners!

There is no doubt the aim of the workshop is to deliver a grim and extremely serious message, but the content was fascinating, engaging and very thought provoking. The workshop began with a look at some of the basics - the clothes prisoners have to wear, how much clothing they were allowed for the week, and the kind of food that they were given. The first shock for the children was how little prisoners get for breakfast!

The session went on to look at the process of how a prisoner is put in prison after being convicted, and also what visitors have to go through in order to visit with a prisoner. There were more suprised reactions from the children as they heard that even visitors get searched on the way in and the way out of prison, and that all their personal possessions are taken off them before they are allowed to see the prisoner they are visiting. 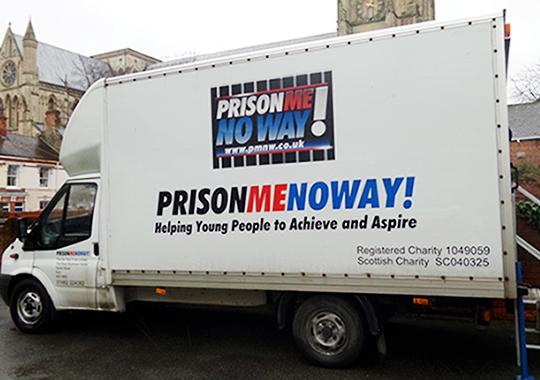 Fortunately, it wasn't prison rations for lunch and after a satisfying meal the children were shown into the PMNW! van which is specially customised to reconstruct an average British prison cell, complete with prison issue beds and toilet! This was definitely a big eye-opener for the children as they were told that there are no walls or doors around the toilet in a prison cell because the prison officers need to be able to see prisoners at all times. For all the children, this was Deterrent Factor: 10!

The workshop presenters went on to tell the children how prisoners went about trying to fill their days and keep themselves busy during the time they spend in their cell, which most days - the children were again shocked to hear - can be around 22 - 23 hours. Deterrent Factor: off the scale! 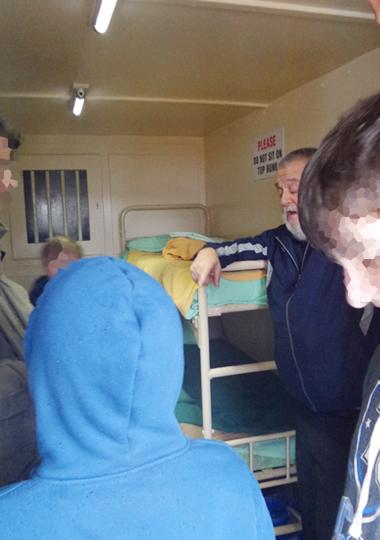 All the children enjoyed the day, and found it fascinating to have such an honest, gritty insight into real life inside a prison, with almost all of them declaring upon leaving "I'm never going to prison ever!" So it was definitely a thumbs up from the children for the Prison Me! No Way! workshop, and a great big thumbs down "No Way!" to prison!