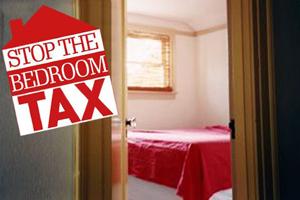 From April this year people living in social housing with a spare bedroom will lose a portion of their housing benefit.

Unfortunately fostered children’s bedrooms are considered to be spare rooms under this new legislation, and foster carers (who need to be able to offer a foster child their own bedroom) were set to lose out.

The Government first attempted to allay fears by making a fund available to local councils to compensate foster carers for their lost housing benefit. Unfortunately they failed to go as far as to insist the money was used for this cause, and many local authorities had already told foster carers that they should not expect to receive any supplementary payments, come April.

Fortunately, tireless campaigning by the Fostering Network and its members, Family Fostercare being one of them, has at last had the desired effect, less than a month before Bedroom Tax comes into force. In a change of heart the Government has reconsidered proposals and have decided that foster carers will be allowed an additional room whether or not a child has been placed with them (or if they are between placements), so long as they have fostered a child or become an approved foster carer in the last 12 months. It’s great news for existing foster carers, as Robert Tapsfield, Chief Executive of the Fostering Network explains: “This is fantastic news. This change of policy means that foster carers can sleep easy knowing that they will not be punished for providing homes for some of the UK’s most vulnerable children.”

It is certainly a welcome partial u-turn by the Government, but the details are far from clear at the moment. For instance, is the exemption for one additional room only, and not more? And what about new foster carers? But a least one thing is clear – The Fostering Network and its members such as Family Fostercare are determined to continue to fight any policy change which penalises or deters foster carers from giving loving homes to young people with nowhere else to go.