A group of 10 very adventurous FFC children took part in a challenging and exciting Street Dance and Parkour taster session over the summer holidays where they learned some amazing gravity-defying tricks!

The adventurous group of children aged between 7 - 14 attended the Kindle Centre in Hereford for their Parkour and Street Dance taster. The session began with some warm-up and body conditioning exercises adapted so that all ages and sizes could get involved. For most of the adults in the room the couple of sets of press-ups and squats would have been enough, but the children went on to learn and practise some break-dance techniques and 'freezes'. The children all got fully involved in the dancing, learning about 'top rocks', 'get downs' and all sorts of dance step techniques - as well as throwing in a few of their own ideas and signature moves of course! 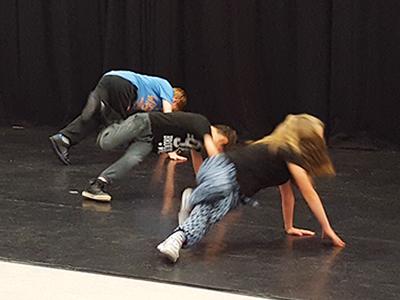 After all that getting limber on the dance floor it was time for refreshments before moving on to the serious stuff - the Parkour training. For anyone not fully up to speed with their urban sports, Parkour is the 'non-competitive physical discipline of training to move freely over and through any terrain using only the abilities of the body, principally through running, jumping, climbing and quadrupedal movement.' Basically, think James Bond on-foot rooftop chase scene! It requires functional strength and fitness, balance, spatial awareness, agility, coordination, precision, control and creative vision (and a good pair of trainers!) 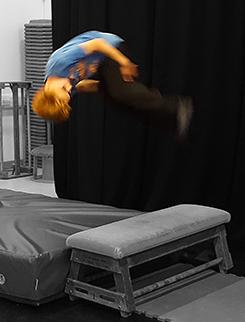 The session began with the children performing a 'body-weight travelling' exercise where they had to jump from a vault as far as they could onto a mat. Some of the children were a little daunted at the outset but despite that they all gave it a good go and almost all of them managed to jump further than they thought they could. With guidance, assistance and gentle challenge from instructor Dan, the children were encouraged to try encorporating somersaults, jumps and flips depending upon their ability. FFC Family Support Worker Rachel Comerford, who attended the event with the children said, "It was fantastic to see the children gaining the confidence to try things out, really pushing themselves and then being so proud of the results." 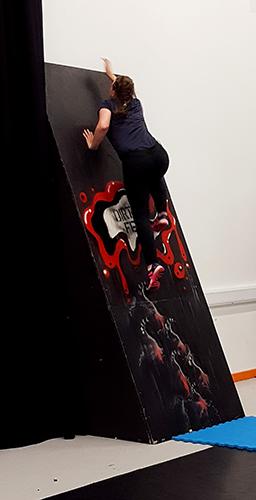 The final challenge of the session was the running wall, where the children had to run across the room and straight up an (almost) vertical wall at the end - no mean feat! The children really got behind each other, cheering and shouting each other on as they got higher and higher at each attempt. A number of the children in the group were even able to reach the top, a very proud moment for them that they will no doubt remember for a long time.

It is safe to say that the Street Dance / Parkour event was a resounding success that gave the children an opportunity to develop some new moves, test their agility, work together and form new friendships. Who knows, we could see an FFC street dance crew in Britain's Got Talent in a few years time...?!